Skip to content
“WexFour” eEdition to launch in Paris this week 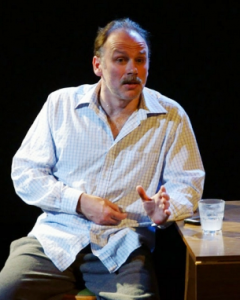 451 Editions is delighted to announce the “eLaunch” of the electronic edition of WexFour – four plays by Wexford Writers – to take place live in-theatre following a special staged performance of the dramas at The Irish Cultural Centre in Paris on Thurs, 2nd June, 2016. 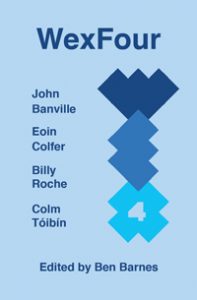 The four plays are each quite distinct in tone, but manage overall to deliver the humour and earthiness that characterizes the Wexford psyche. Roche’s  play The Dog and Bone explores the life of a woman torn by regret and misguided passions. Banville’s Prince Charming and the Dame is a high pastiche romp set in the dressing room of a provincial theatre. Eoin Colfer’s darkly hilarious monologue presents a man dictating his own eulogy to his iPhone. The closing play is “Erosion,” by Colm Tóibín, a lyrical study of isolation and loneliness.

Originally a paperback published by Carysfort Press in 2014, the electronic edition of WexFour from 451 Editions will be available in Kindle and eBook formats online from all main eBook sales outlets. All proceeds will go to the Wexford Arts Centre, and pre-launch sales can be made here.

Support from Culture Ireland, The Arts Council of Ireland, Wexford County Council and the Three Sisters EU Capital of culture 2020 bid team has made the event in Paris possible. Further discussion of Wexford’s literary and dramatic traditions and the importance of regional and international developments in the Arts will take place the following evening, Friday, 3rd June, at the same venue.

Tickets for the Wexfour Paris event in Paris can be purchased on: www.centreculturelirlandais.com

To purchase your pre-launch edition of the new eEdition of WexFour on Amazon, click here.