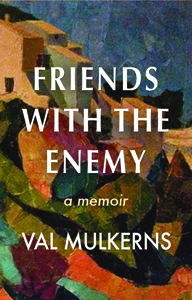 A memoir by renowned Irish author Val Mulkerns will become a 451 Editions summer read for 2017.

Entitled Friends With the Enemy, the book covers the author’s early years growing up in an artistic family and leaving Ireland after the war to work as a teacher in England.  During the fifties, after moving back to Ireland, she began to write, and became an associate editor and theatre critic of The Bell, a famed Irish literary review founded by Sean O’Faolain.

From her debut novel A Time Outworn to her most recent book Memory and Desire, this is the author’s eleventh book, and covers many interesting aspects of life and literary times in Ireland over the course of over fifty years as a writer in Ireland.