The Light Makers by Mary O’Donnell

Photojournalist Hanna Troy is killing time on a summer walkabout in the city. As the afternoon progresses, her reflections unravel a raw, sometimes sensuous story of darkness and light. She meditates on her failing marital relationship, the anguish of a being a professional trying to become a mother, and the complexities of being a young and outspoken woman in the repressive environment of Ireland in the 1980s. Considering the experiences of her contemporaries and evoking family events long past that still resonate, Hanna is determined that her own resilience will overcome the challenges she faces.

451 Editions is honoured to publish The Light Makers’ second edition, which launched at The Irish Writers’ Centre on 18 July, 2017.  It is available by order  from bookshops around Ireland and from online bookshops internationally. For purchasing links, see below, and don’t forget to visit www.MaryODonnell.com. 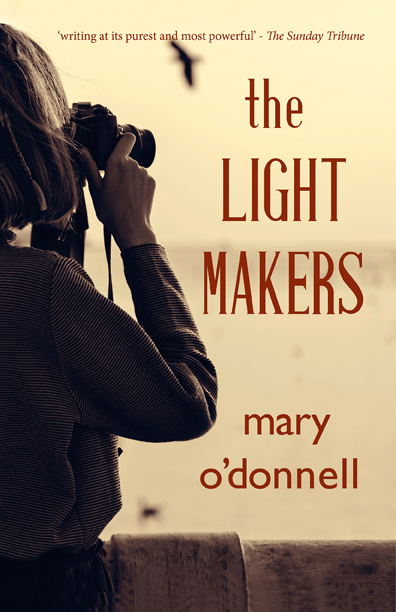 The Light Makers is available from all Irish bookshops (through Gardners or Bertrams) and online from most major bookshop websites, in print and eBook formats, including: