FRIENDS WITH THE ENEMY

This brand new title from renowned Irish author Val Mulkerns is a quirky,  memoir that dances through a life in a non-chronological way, and is often a musing on writing and how it was to be a writer in Ireland in the second half of the twentieth century.  It was described by Carlo Gébler in The Irish Times as, “protean and quixotic, mercurial and wayward … though always human and tender”.

It is sadly her last work, as the author passed away on Saturday, 10th March 2018 just a couple of weeks after her 93rd birthday.   Please do take time to see more about her on her website:  www.ValMulkerns.com.  You can read the full review of Friends with The Enemy here.

A long-standing figure of Irish letters and member of Aosdána, Val Mulkerns’s writing has been described by Sebastian Barry as, “a masterly writer in the tradition of Seán Ó Faoláin” and in an Irish Times review of  Memory and Desire in 2016, Anne Enright noted that in her work, “liberalising, Shavian voices form a neglected strand of the Irish tradition.”

This elegant memoir begins with tales of intriguing ancestors, leads us through early days of a Bohemian Dublin childhood and then to a teaching position in Britain, and to explore the sunnier climes of post-war Europe and Italy. On her return to Dublin, she began working at the famed literary review, The Bell under editor Peadar O’Donnell.

She describes how her first novel, A Time Outworn, was released to critical acclaim in Ireland in 1952. In 1953 she married Maurice Kennedy and they have two sons and a daughter. She subsequently published four more novels, two children’s books and many essays and critical writings. She later worked as a journalist and columnist and has been a much-loved voice on RTE’s “Sunday Miscellany” programme down the years. Friends With the Enemy is a beautifully written tome that takes in almost 70 years of life and times in literary Ireland.

For any queries, write to: books@451editions.com 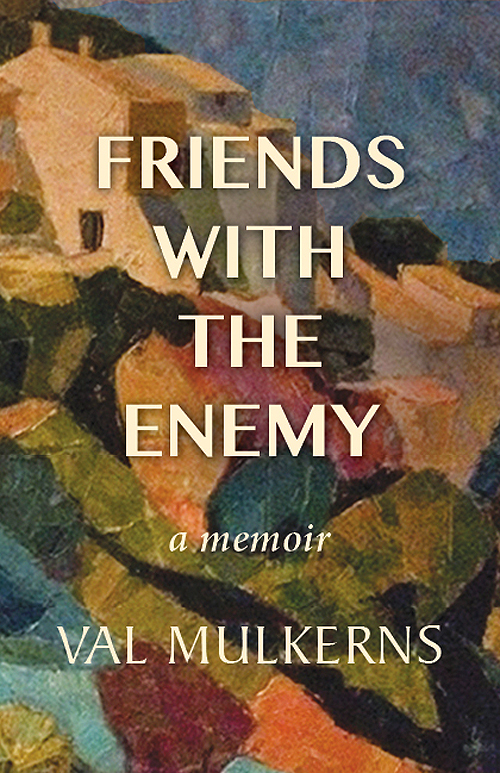 Val Mulkerns’ books are available to order from any bookshop internationally and will be delivered in approximately 10 days.
Irish readers should reference UK distributors, Gardners.  Readers can also buy directly online from most book retailers, including: