New York, 1970s. Janet Sproule lives in an  affluent neighbourhood and comes from old family money. Her privileged life is suddenly turned upside down when her sister is kidnapped and held for ransom by a group of  terrorists. Her parents’ reaction to the crisis causes Janet to question everything she has always taken for granted.

While she has a rich family life, a handsome, ambitious husband and two great kids, she is haunted by the feeling that something is missing.

Then, little by little, secrets come to light. In denial about her husband’s infidelity and even about her father’s questionable business practices. Janet is awakened into the reality of her situation by a new force in her life: Mimi Girard.

An old friend who shows up out of the blue, Mimi symbolises freedom, integrity and an alternative lifestyle that Janet comes to realise may be what is missing. As Janet begins to shake off the crushing self-deprecation that has held her back from her own potential, a whole new world opens up to her. 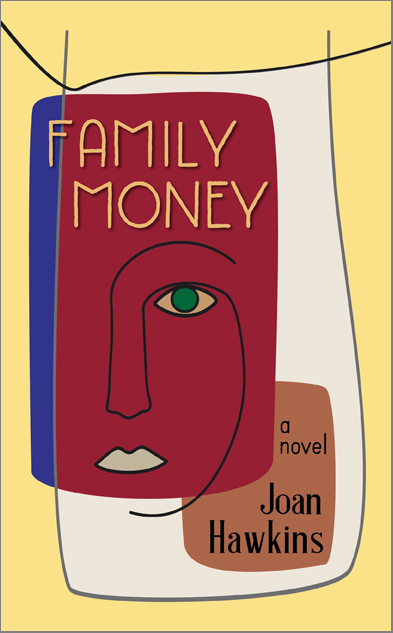 Read an extract from Family Money, on Joan’s website, here.

Family Money is available to order from any bookshop internationally, arriving in approximately 10 days.
Readers in the US can request bookshops to order from the distributor, Ingrams.
Irish readers in book shops around the country should reference the UK distributors, Gardners when requesting the title.
You can also purchase directly from most international  online book retailers, including: