“Writer’s Block” with John Dillon, in THE GLOSS 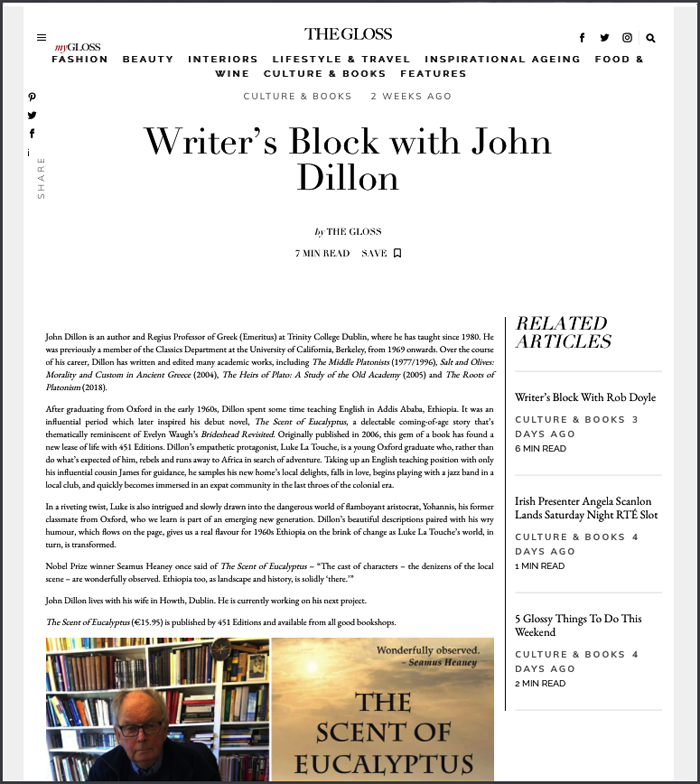 In one of Ireland’s most popular literary blogs, Writer’s Block, Sophie Grenham gives the low-down on The Scent of Eucalyptus by John Dillon, describing it as, “a gem of a book” and “a delectable coming-of-age story that’s thematically reminiscent of Evelyn Waugh’s Brideshead Revisited”.

The author gives readers a little background information about himself, his illustrious family (his great-grandfather was John Blake Dillon, of The Young Irelanders movement), and describes his love of books and his writing practices.  A excellent, seven-minute read, click here  or on the image on the left to read the full text.

The Irish Times features a piece on John Dillon, Author of “Scent of Eucalyptus”.  To read the full text click here or anywhere on the image below. 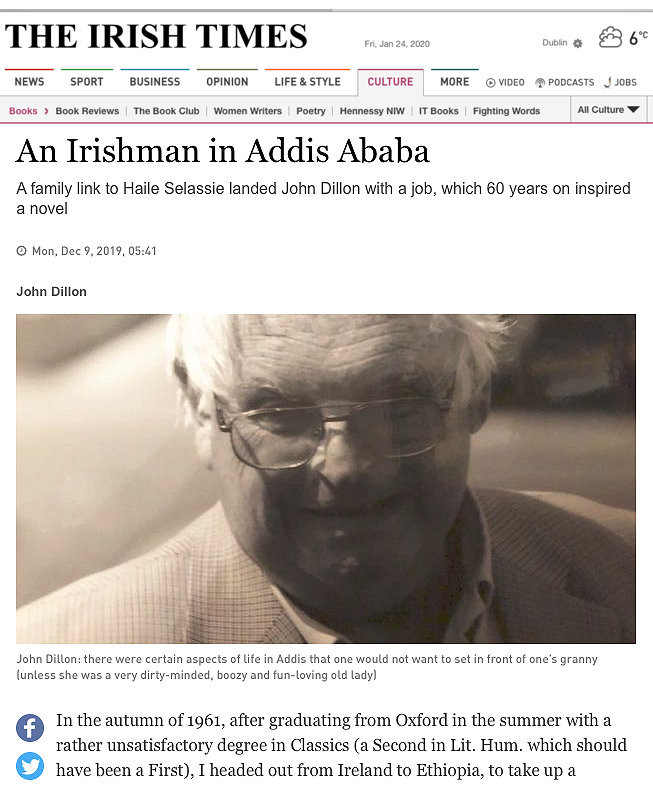 For a classic urban sass novel, cult hit Cartoon City by Ferdia Mac Anna is hard to beat, with its wild cast of misfits, rebels and Dublin denizens.

Ferdia Mac Anna’s career has brought him from comic writing to memoir, literary fiction and film direction.  This is his third novel, originally published by Headline in 2000, that romps through a comic tale of crime, passion and surreal humour at breakneck pace. With an eye for characterisation and a flair for Dublinese, it pogos  along like Flann O’Brien with rock’n’roll.

The second edition of Cartoon City will be published in time for its twentieth anniversary – about to crash land on bookshop shelves, online and in electronic format in October 2020!

Watch this space for more details – including a very special live launch event.