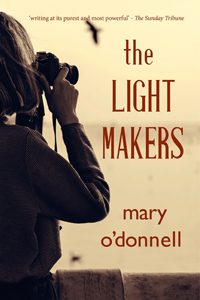 The 2nd edition of The Light Makers, Irish author Mary O’Donnell‘s stunning debut, will be published on 03 July 2017, and launch on 18 July at The Irish Writers’ Centre.

Originally published twenty five years ago by Poolbeg Press, the book was both a critical and commercial success, featuring on best seller lists and later named as The Sunday Tribune’s “Best Novel Of 1992.”

Aiming to make the availability of printed books a priority, 451 Editions will distribute the novel both in book shops and online – as well as in online paperback, Kindle and eBook formats.  So that whatever way you like to read, The Light Makers is there for you.

Please join Mary O’Donnell for a launch event on 18 July at The Irish Writers’ Centre in Parnell Square, Dublin.