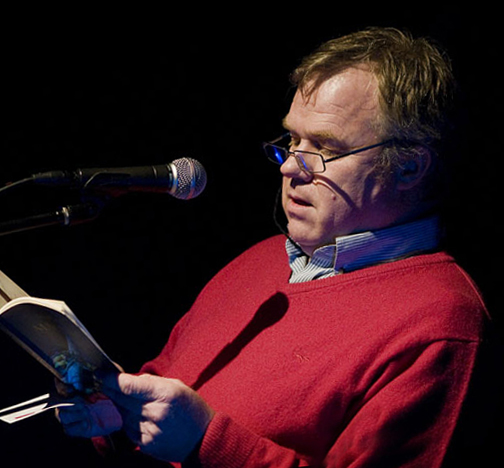 Martin Malone is author of seven novels, a memoir, three short story collections, several radio plays and has also written for TV and stage. His first novel, Us won the John B Keane/Sunday Independent Literature Award and was shortlisted for the Irish Fiction Award. His second, After Kafra was scripted for RTE TV. The Broken Cedar (2003) was nominated for the IMPAC Award and shortlisted for an Irish Fiction Award. His short stories have been widely broadcast and published. His story, Valley of the Peacock Angel was nominated for the Sunday Times EFG Short Story Prize. He is a contributor to the National Art Gallery’s Lines of Vision: Irish Writers on Art anthology.

Martin is a former military policeman who served six tours as a peacekeeper in the Lebanon and Iraq and much of this experience is explored in his work.  In June, 2018, the second edition of his 2001 novel, After Kafra, came out with 451 Editions.  See more on Martin’s blog here.

You can purchase Martin’s book, After Kafra, at these links:

After Kafra is available from all Irish bookshops (through Gardners or Bertrams) and
online from most major bookshop websites, in print and eBook formats, including: