is Regius Professor of Greek (Emeritus) in Trinity College Dublin, having returned there in 1980 from a period in the University of California, Berkeley, where he was a member of the Classics Department from 1969 onwards.

After graduating from Oxford in 1961, he spent some years in Ethiopia, teaching English in Addis Ababa, which forms the basis for his debut fiction title, The Scent of Eucalyptus.

Nobel Prize winner Seamus Heaney said of the novel, “the cast of characters – the denizens of the local scene – are wonderfully observed. Ethiopia … as landscape and history, is solidly ‘there’.”

The author’s chief area of interest is the philosophy of Plato and the tradition deriving from him, on which he has written a number of books, but he has always had an interest in more popular forms of writing as well, together with a weakness for practical politics, which he does his best to resist. This is his only novel (so far). 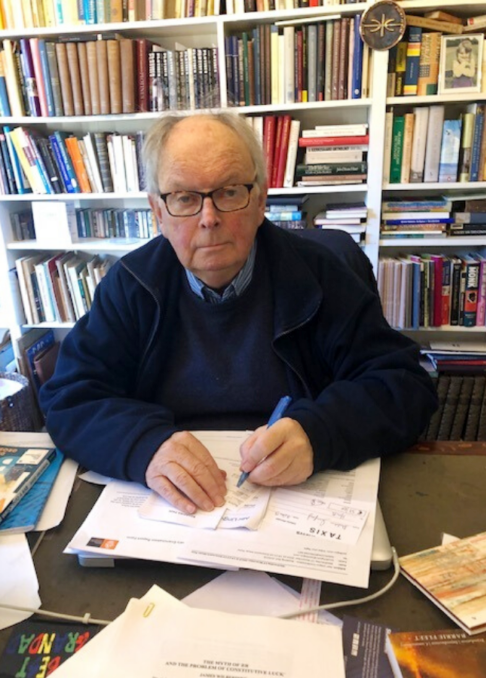 The Scent of Eucalyptus is available to order from any bookshop internationally and will be delivered in approximately 10 days.
Irish readers should reference UK distributors, Gardners and Bertrams.  Readers can also buy from major online retailers, including: